How to Finish a Book Series 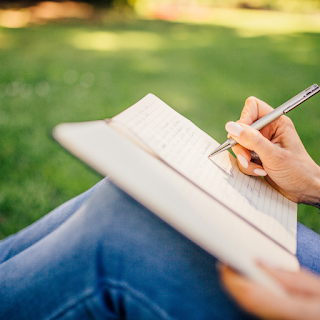 As I finished writing the final book in The Archive Series, I found myself thinking about what makes an ending a good ending. How do I finish out a story well? I wish I had asked myself this question with the St. Croix Falls series and I wish that I didn't feel like I had rushed to the end so much with that one. But with this one I want to do it well. I want to do better than I did with my trilogy and I want to grow as a writer.

These characters deserve a good ending, my readers will deserve a good ending. One that will tie everything together. And, of course, because I am obsessed, my first thought was Julie Plec and Kevin Williamson (creators and writers of The Vampire Diaries) and the final season of that show. Right before the final episode of the series aired, The CW showed a special extra as a way to say goodbye to the show full of interviews of the cast and crew and looking back on the series. Maybe it was in this special extra or maybe it was in a different interview I saw, but I remember Julie Plec and Kevin Williamson pondering what it means to end a series well. I think it was Kevin Williamson who said saying goodbye to the characters and story is almost as important or even more important than how we said hello to them.

On several occasions I heard from not just the writers of TVD, but other writers of some of my other favorite TV shows talk about how the final season, the goodbye of the show, should be about the heart of the show. Sure, some of the other seasons and episodes may have been about different things and different characters, but the final one should show the heart and the over-arcing theme of the show. Those final episodes should tell the watchers what the writers wanted to say throughout the making of that show and tie all the themes together with a perfect bow.

Honestly, not a lot of show succeed at that. I think book writers do a much better job at saying farewell to their characters, but as I sat back for a few weeks and thought about how I wanted to end my series those were the two thoughts that came to mind. Saying goodbye should be just as important - if not more so important - than how we said hello and how the goodbye should tell the readers (or watchers) the heart of the story.

The hello is there to hook the reader, but by the time the goodbye comes around, the reader is already invested - if you did your job well. By the goodbye, the reader cares how the story ends and it's up to us as the writers to give them an ending worth remembering.

With all that said, at the moment, I am the only one who has seen this series from beginning to end. Only two - maybe three - other people have read Golden Touch. So, while I think it is important to keep readers in mind, right now, I'm thinking more about how to honor my characters and my story. They've helped me through a lot of hard stuff and they've been through some hard stuff themselves, so I want their goodbye to be worthy of them. I want their goodbye to mean something and to do the series justice.

If you're going to kill off a character at the end, do it well. There are - or will be - readers out there who absolutely love that character. Those readers, and the character, deserve to go out strong. There are plenty of character deaths I've read and watched that were horribly done and left me feeling really annoyed and sad because I loved that character so much and the writer decided to kill them off. The writer didn't even give the character the decency of a good send off either. So, at the end of a series, if you're going to kill off a character, don't rush it. Give the other characters and your reader time to mourn on the page. Give them a proper goodbye.

If there's romance, deliver it! Let those two characters your readers have been shipping come together at the end. Give them that kiss, that romantic moment they've been waiting for.

Make sure that all the loose ends are tied together, that your readers won't be left with too many unanswered questions.

Really, at the end of it, finishing a series well means finally completing the puzzle. Throughout the series, you've been giving the readers puzzle pieces here and there. Now, on the final book, it's time to fit all the pieces together and show them the picture you've been working toward.

What are some of your favorite series endings? Do you like happily ever afters or bittersweet endings?

July 15, 2020
Happy Wednesday!  Did you know that Noah was a conspiracy theorist of his time? People thought he was crazy for building an Ark when there was no storm or rain or even a hint of a flood in sight! He suffered name calling, ridicule, shame and hatred because he was speaking out and following his Lord’s commands. I was reading through Hebrews the other day and under the section about faith Noah was there. In Hebrews there's an entire chapter - chapter 11 - called Faith in Action and the author lists one Old Testament character after another and their faith in God and what they did to put that faith into action. Near the top of that list is Noah. It says, "By faith Noah, when warned about things not yet seen, in holy fear built an ark to save his family. By his faith he condemned the world and became heir of the righteousness that is in keeping with faith." His faith in God was so great that he built an ark when God told him to as the rest of the world peered up at the
4 comments
Read more