So, today I'll be sharing a post from Emily Hayse, author of Seventh City as a part of her blog tour. Here's a little about the book and the beautiful cover: 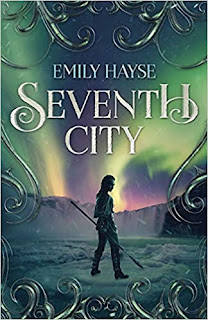 “Let me tell you a story that happened so long ago that only the hills and rivers can remember the time . . . .”

All her life, thirteen-year-old Maki has heard tales of the legendary city of gold, buried deep in the northern frontier. But when her village is burned and her brother captured by cruel invaders, the legend becomes desperately real.

Armed with a wolf-dog and a heart of courage, Maki sets out on a journey that will demand all her strength and cunning. She is determined to bring her brother home at all costs. Yet as her quest leads her deep into a wilderness of ancient dangers, Maki realizes that even for her, some prices are too high to pay.


I loved getting to read about how Emily found the inspiration for Seventh City and I hope you do too! :)

Thank you for having me on your blog today, Melody!
The first thing you have to know about me and how I gain inspiration is that it is crazy and literally everywhere. There are often a few major things that strike the match you might say, and then the rest is the constant input of the world around me as I am in those crucial few weeks or months of drafting the book.
This book started in March of 2018, in the middle of the Iditarod, with a book about conquistadors and a song about courage.
I grew up feeling part-Alaskan. My aunt had lived there when I was very young and a number of my children's books (thanks Shannon Cartwright and Shelley Gill!) and movies were about, or set in, Alaska, so I was very familiar with mukluks and ulus and umiaks and the way of life. I had a sled dog growing up, and some of my earliest memories with her was being pulled around in a kid's sled in the snow. She loved the snow with a passion.
I knew of dog mushing and Iditarod from these early years so when I began to follow the Iditarod closely, I took to it instantly. When the season comes around every March, I live and breath it. The snow, the strategy, the dogs and mushers, the weather, and the ever-changing terrain of the race.
That year, right at the start of the Iditarod my sister shared King and Lionheart by Of Monsters and Men with me (it's on my official Seventh City playlist Here) and in typical fashion, I had it on repeat for days.
If you are not familiar with the song it is a sister talking to her brother about courage and standing your ground, not running.
I was dealing with a couple emergencies and disappointments at the time and the song just resonated deeply with me especially where the verse repeats “that we won't run and we won't run and we won't run.” I recall repeating that line to myself a lot when I felt scared enough to run.
At the same as this, I was reading a historical fiction novel of an ambitious Spaniard who was on an obsessive quest to find El Dorado/Cibola and suddenly the idea struck me: the northern reaches of Canada and Alaska had their own gold rush and more than enough silver mines; what if the real gold was in the far northern reaches of a country, not in the hot tropics? What if there was an ambitious captain who had to fight the dangerous northern elements on top of everything else?
I was captivated by the idea.
My main character Maki was a natural next step, though I don't remember the moment I first thought her up.  I think as I started the story and the premise began to form, that her problems naturally took on the shape of mine at that age, as she was dealing with issues that I always feared but rehearsed in my mind: the fear of losing your family, the need to be resourceful, trying to be brave alone for long periods of time. I certainly haven't written anyone so similar to myself before and I don't anticipate ever doing it again.
After that, the characters just came. There was Tsanu, the older brother Maki adores and wants to be like, Willow, the kind, upright character who gets her to rethink her grudges, ambitious Captain Innes who bears a striking resemblance to a shifty Hugh Jackman, Rutter who is kind under his rough ways and adores his horses.
The setting needed little tweaking; the names of some of the animals were adapted a little, the villages were made up, the fantasy elements woven in as plays on real natural occurrences in the north.  I enjoy a fantasy book that mirrors reality, it is less distracting that way.
And the plot wrote itself. I really didn't know until about halfway through the book whether or not Inik Katsuk, the legendary city of gold existed or not, and you will have to read the book to know for yourself!
~~~

You can add Seventh City to your Goodreads shelves here:
https://www.goodreads.com/book/show/46431779-seventh-city

And you can find Seventh City on Amazon, Barnes and Nobles, and Book Depository. 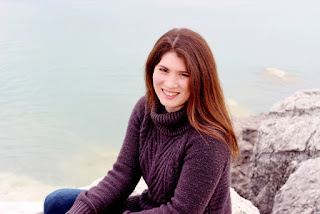 EMILY HAYSE is a lover of log cabins, strong coffee, and the smell of old books. Her writing is fueled by good characters and a lifelong passion for storytelling. When she is not busy turning words into worlds, she can often be found baking, singing, or caring for one of the many dogs and horses in her life. She lives with her family in Michigan.

You can find her on: