A Weekend Trip and a Review of The Gilded Wolves

April 14, 2019
Happy Sunday everyone! I hope you've all had a good weekend. Sorry this post is late... I was out of town on Friday and Saturday. We went to visit my grandma and then my brother had prom where she lives with his girlfriend so we were there to help him get ready for that and take pictures and all that. We got to stay at a hotel and went swimming and chilled with some Chinese food. While the little boys watched shows, I read and that was a nice, chill evening. 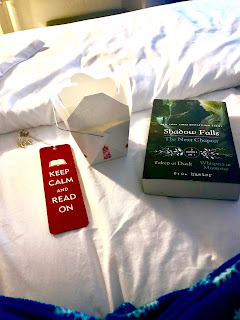 We also saw some really adorable chicks and ducklings! 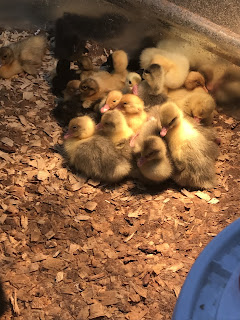 It was a fun time. On Saturday we also went to this used bookstore called the Book Barn (I wish I had taken pictures of it!). It was good, but I'm happy to be home haha


So I'd seen some pictures and good reviews of The Gilded Wolves on bookstagram ever since it came out but I don't know, I guess I just wasn't interested enough to go seek it out myself? 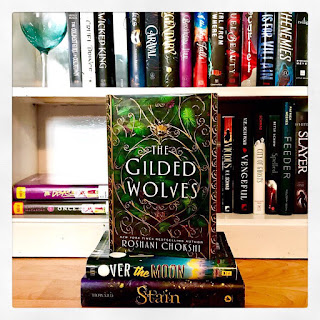 But then in March when we went to the library I found it on the New Books shelf and was like hey, might as well check this out. It sounds interesting and the cover is gorgeous. After I read Stain (my current read at the time), I started on this one and oh my gosh! I loved it! Fawkes has been the only historical fantasy I've read and I honestly didn't know enough about the genre to know there were other books like it out there! So when I started reading The Gilded Wolves, I was pleasantly surprised that it had the same kind of vibe. Like how its set in a historical time period but with a twist. Certain people have the ability to imbue objects with different powers. The power supposedly stemmed from the biblical story of the tower of Babble. That part of the world building felt a little unclear to me but I think like when the tower was destroyed by God the fragments went all over the place. All I know is that the story is a big part of the worldbuilding. However, as a Christian, I did not appreciate the author adding in a Bible verse and then changing and adding a line. That's just wrong. I would have been OK if she had just put the Bible verse in as it is, but nope, she added a line to it that isn't in the Bible. So I thought that was kind of wrong... But the idea of using the tower of Babble was unique, even if I'm still on the fence about how I feel about her using a Biblical story like that, especially since only one of the characters is like Catholic (there weren't even any Christian characters in it!). Anyhow though it was unique and interesting and different and I guess that's what matters. The setting along with the worldbuilding really was stunning though with the book set in 1890 Paris.

I really enjoyed the whole diverse cast of characters! They all were so different from one another and made for a motley crew of criminals. And yet, they all think of each other as family and are loyal to one another. I liked how Severin (the main character) brought together all of this stragglers and outcasts and gave them a home and a mission. I have to say though Severus is the main character and is great and so complex and intriguing, Enrique is by far my favorite. He's a daydreamer and has the imagination of a storyteller. I really enjoyed all of the chapters in his POV and I am so shipping him and Zofia! The whole cast had such great chemistry and though it seemed like they hadn't known each other for very long, (only Tristan and Severin and Hypnos had known each other since they were kids), it felt like they had real history together. I always love when a book starts out with characters already having that history and chemistry established. The author doesn't have to lay the ground work and start from the beginning. They can just pick up when the characters know each other and it allows for secrets to be kept, drama to unfold and relationships to strengthen for fall apart. It brings a level of tension to the story.

Then there's the fact that not only is it set in 1890 Paris but this team of characters we're following also happen to be treasure hunters! All of them are searching for a fragment from the Tower of Babble for their own reasons and purposes. Their search for the fragment takes them all throughout the city and to some beautifully unique settings and situations. There are traps and conspiracies and secrets they stumble upon and uncover. It's all very exciting and keeps you riveted in the story.

But what I liked most about the book was the author's note at the end. I know... that sounds weird. After reading Roshani's note thought at the end of the book, it gave me a whole new appreciation and perspective on what she was wanting to accomplish in writing this series. She talked about how in that time in the history of Paris it was known as the golden age (I think she used a different wording but its the same gist haha). It was all champagne and glitz and glamour. But there was also an undercurrent of prejudice and horrible, inhumane things happening to people. She said she had listened on the radio about one such act of prejudice during that time in Paris and became intrigued. How could an era that's known to be the golden jewel of Parisian history have such ugly things happening just below the surface? So she did tons of research and uncovered so much. In her author's note she said that was why she wrote this book. To represent the underrepresented in that time period. To show this time in Paris where history likes to only focus on the beautiful through the eyes of a group of misfits and outcasts. Show that era through the eyes of those who were shoved to the side and hidden away because they didn't fit the select beauty of the era.

After reading that author note, The Gilded Wolves took on a whole new meaning for me and I appreciated the themes, character, world and plot even more than I did before. I appreciated what Roshani was trying to do in writing this book and I so look forward to book 2! She set up the plot for book 2 at the end of this one so perfectly and I can't wait to see what happens next.

P.S. Guess what?? I have a newsletter that I'd love to send you! Just click the link here: Newsletter

What did you think of The Gilded Wolves? Do you enjoy historical fantasy too?