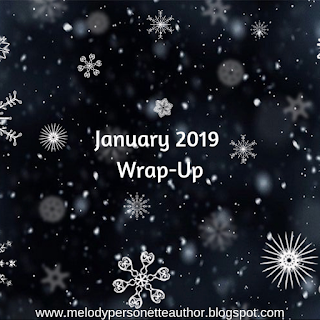 January Writing: This month's writing has been good. December was a hard month for me. I was super burnt out and blocked in everything I did. Writing three different versions of my Peter Pan continuation really drained me. But once I finished that third version and gave myself a much needed break and space to just not write, I started to recuperate. My Alice in Wonderland continuation really helped with that. Badger (the MC) has been a character in my head for a long time and his story finally snapped into place this month, so I've been working on that. I'm currently 30,000 words into his story and writing that has been healing for lack of a better word. Healing in the sense that it's helped pull me from my writer's block and push me out of my writer's burnout. It's made me love writing again and feel inspired and excited for what I'm working on.

My main focus though is working on revising my Peter Pan continuation. It's on draft 7 right now. I did major revisions and then skimmed over it and then I was feeling blocked on what to do next with it, so I handed it off to my best friend and a friend from the Go Teen Writers community on Facebook. Both of them have been super helpful in helping me figure out how to move forward in my revisions. Once I get revisions done and self-editing, I want to find an actual editor for it too while I research agents and publishers and all that good stuff.


January Reading: My reading for this month has been great! I started the year off perfectly with Fawkes by Nadine Brandes. I can't stop talking about how amazing it was. That book has left a lasting impression on me as a writer and reader. It just opened my heart and my mind to so many different possibilities when it comes to my writing and it just spoke to me so deeply. Truly, it was an amazing, beautiful story and I can't wait for Romanov (her next book) to come out.

Next up, I read The Wicked King by Holly Black. The book totally lived up to its name. I love how I can see the story arc so clearly from book one to book two and I know book three will come back around full circle. I can't wait to see that happen, to read the ending of Jude's story. In The Cruel Prince, Jude was on top of everything. She was a mastermind, pulling strings and manipulating everyone and everything around her. In this book Jude is still at it, still a mastermind and clever, but I loved seeing her relationship with Cardan and even Cardan's own arc from a cruel little prince to someone who is worthy of being feared and respected. Someone who isn't to be trifled with or manipulated. That ending took me by complete surprise!

And now, I just finished Slayer by Kiersten White. Uph it is so good!! I can't stop fangirling every time I read the book. I freaked out when I found out the book is staged in the first season of comics cuz I loved the comics and this makes this new Slayer series cannon and means that the books will follow loosely with everything that happened in the comics. I am so excited to see where the series goes cuz some pretty crazy stuff happens in the comics, so it'll be fun to see how Nina and Artemis and the gang manage to keep up with all that. I'm now rewatching Angel because of reading that book sooo it's pretty great.

Movies/TV shows of January: So, my mom and I scratched off going to see two movies in one day off our imaginary bucket list. Near the beginning of the year we went to see Into the Spider-Verse with the little boys in the morning and then Aquaman with my seventeen year old brother in the evening. It was a pretty great day haha Into the Spider-Verse was one of the best movies I have ever seen! It was just amazing and I am officially a huge fan of Miles Morales. If you want to "replace" such an iconic superhero like Spider-Man, this was the way to do it. Usually, I'm kind of bitter when I hear in the comics or shows or movies that they plan to "replace" one of the big heroes with a new one. They never do it right. But this movie was fantastic. By the end, you love Miles just as much as you loved Peter Parker. It was all just great.

Aquaman was... good. I went in with not super high expectations, but fairly big ones. Aquaman was so funny in Justice League so I had expected more of that, but honestly, I didn't find him that funny in his movie. It was a good movie and I liked the ending, but it wasn't as fantastic as Into the Spider-Verse.

I've also recently gotten into A Discovery of Witches. The title sort of put me off the show at first but then my mom was like, just watch the trailer it's really good. So I did and I was like yep... I need to watch this show. And I did. Within two days. The storytelling is amazing, the characters are fantastic (I think I've been watching the Ninth Doctor too much lately cuz I can't seem to stop saying fantastic haha). The whole show was just really beautiful and unique and interesting. Matthew and Diana are perfect and I can now add Matthew to my list of favorite vampires.

January Life Stuff: 2019 started with a bang for my family. It's been a time of busyness with a lot going on. In December one of my great-grandparents died, and then Christmas happened and that was nice and fun. We had a few weeks of peace and then one of my other great-grandparents got sick so me, my mom and little brothers headed over there to help out. She passed away the day after we left and then just on Monday, one of my little brothers broke his tibia during gymnastics. He had to stay overnight at the hospital and have surgery and now he's got his cast and his home and all good. On a smaller note, I have dentist appointments set up too and that's minor but it's just one more thing to add to the list. But overall, it's just been... really busy. Emotionally and mentally especially. It just feels like it's been go go go and I'm ready for a break, though I don't even know what a break looks like right now. I say I need a break but I don't know what kind of break I need. But anyways, I'm hoping things will settle down now and get as back to normal as they can.

July 15, 2020
Happy Wednesday!
Did you know that Noah was a conspiracy theorist of his time? People thought he was crazy for building an Ark when there was no storm or rain or even a hint of a flood in sight! He suffered name calling, ridicule, shame and hatred because he was speaking out and following his Lord’s commands. I was reading through Hebrews the other day and under the section about faith Noah was there. In Hebrews there's an entire chapter - chapter 11 - called Faith in Action and the author lists one Old Testament character after another and their faith in God and what they did to put that faith into action. Near the top of that list is Noah. It says, "By faith Noah, when warned about things not yet seen, in holy fear built an ark to save his family. By his faith he condemned the world and became heir of the righteousness that is in keeping with faith." His faith in God was so great that he built an ark when God told him to as the rest of the world peered up at the sky, s…
4 comments
Read more