June 01, 2016
Hey everyone! So... I'm kind of sick again and so this blog post is kind of simple and easy to write and do. Next week hopefully I'll have something a little better but for now here are some of my favorite bands and music that I like to write to.

Before I start I have to say that I love Spotify and I recommend it to all writers who like to listen to music while writing. There's a limitless supply of music on there. You can make character playlists, emotion playlists, and just writing playlists for different books. And it's so easy. 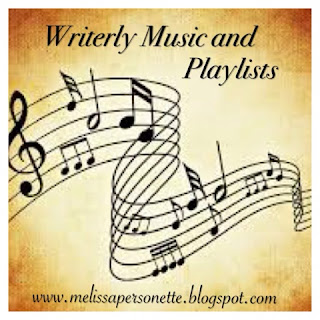 I usually make playlists for new characters and books that I start to write. Most of them are on Spotify and I have just a little bit too many playlists on there. It's kind of crazy... But anyways there are always certain bands that I go to when I want to be inspired or when I'm creating a new playlist for my characters. So here they are:

For My Intense, Dark and Brooding Characters:

Almost all of my playlists for my characters have at least one song from each of these bands. Probably because most of my characters are either intense, dark or brooding or all three.
For My Love Stories and Love Interests:

Also all my playlists have at least one song from each of these bands as well. Because most of my stories involve an epic love story. Or just because I like listening to their songs and I just kind of throw in one or two of Ed Sheeran or Hurts...
For Writer's Block and When I Need Inspiration or Plot Help:

Now I just recently discovered Ruelle and I love her! Her songs are so beautiful and just plain epic. Some of them are perfect for those epic love scenes between two characters and others are great for those super emotional, vulnerable scenes between characters. Ruth B is also pretty awesome. I just discovered her too and I can't stop listening to her Lost Boy. Her stories inspire ideas and plots and characters and her song 2 Poor Kids always reminds me of these two characters I have.
My Most Common Preferences for Music to Write To:

For this one it all depends on the story I'm writing. For Weapon Icean I'll write to the Arrow and Flash soundtrack or X-Men or some other superhero movie soundtrack. For my latest WIP I've been listening to the Dracula Untold soundtrack because... vampires. And other times I just feel like random soundtracks or instrumental music.
I hope everyone has a good rest of the week!

P.S. Check out my Tales of the Lonely page, a collection of short stories I'm working on. :)


What type of music do you most often listen to when writing? ﻿