April 27, 2016
Hi everyone! I hope you all liked my review for Renegade X and I plan on doing this Friday's review on Stars Above my Marissa Meyer.

Last week I just finished rereading one of my favorite middle grade series, The Sisters Grimm and I decided to share my other favorite middle grade series that I grew up reading and that have a special place in my heart. I won't be mentioning Percy Jackson or The Keeper of the Lost Cities series because these are the series that I read before I even knew about those awesome books.

This series is hilarious and it was the first book and the first characters that I ever fell in love with. I own every single one of the books either in hard copy or on my Kindle and I look to them all the time, flipping through their pages. The main characters are hilarious and I shipped (and still do ship) Puck and Sabrina so hard! The relationship between Sabrina (the main character) and her younger sister Daphne is great to read and learn more about because even though their different they still love each other and make a great team. The three of them, Puck, Sabrina and Daphne all balance each other out perfectly and make for the perfect heroic threesome.

The Companion Quartet by Julia Golding: 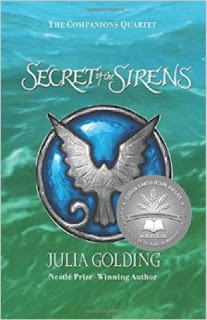 I can't remember when I read this series but I know it was in my middle grade years. I even think I read it before the Percy Jackson series *gasp*. The main character, Connie, reminds me so much of myself at her age. Quiet and sort of a loner, kind but also brave. Only she lives in my true fantasy world where selkies, pegasi, dragons and every other creature live and coexist with humans. At a certain age your put through a test to decide which species is your ideal companion. Her best friend is a companion to Pegasi while her other friend's companion is a frost wolf. I still wish I could live in a world of companions and I've spent countless hours daydreaming about what companion I would have if I lived in her world. 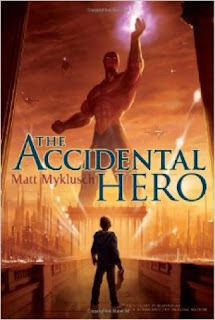 I still reread this series (which is actually a trilogy) to this day. Jack Blank, the main character is whisked away to Imagine Nation where there are superheroes, Vikings, and creatures of all shapes and sizes from some of Jack's favorite comics. So it's pretty much a little boy's dream world (and mine). He gets to battle killer zombie robots, train side by side with superheroes and live with an android named Jazon. The last book in the series has to be my ultimate favorite in the series because of all the emotion and the secrets and the crazy action-packed scenes. 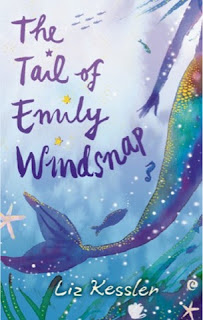 Liz Kessler just came out with a new installment to the series and I tried reading it because Emily Windsnap was one of my most favorite characters and series when I was younger but... I couldn't get into it because of the middle grade writing style. Or maybe I just grew out of it which is the saddest thing ever! Emily Windsnap is every little girl's dream come true (or at least my dream come true) she's a semi-mer which means on land she has legs but once she's submerged in water she grows a tail and becomes a mermaid. Her best friend Shona is the typical beautiful mermaid who sits on rocks and sings and her dad was a convicted merman criminal. How awesome is that?! 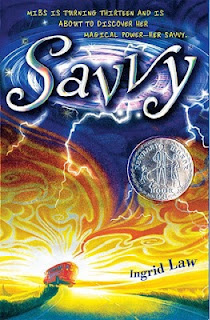 I bought the audiobook of this one on my little nano ipod back when iPhone weren't even real yet. :o It took me about a day to finish the whole book and I listened to it so often that even still now that I have the hard cover copy I still read it with the voice of the woman who did the audiobook. I can almost recite the first few lines too and I know every little thing that happens in the book. Since then Ingrid Law came out with two more in the series and those are amazing too but none of them can defeat the magic that Savvy brought me when I was younger. I spent a lot of time daydreaming what power I would get if I lived in Mibs' (the main character) world. That and shipping her and Will (her sort of friend) like a crazy person.

Anyways, there's your little peek into who I was as a tween. And if you can't tell there's a bit of a theme. All of them have magic or fantasy woven into them and they all helped make me the writer and person I am today. All those characters from Sabrina, Daphne and Puck to Jack Blank to Mibs helped grow and fuel my imagination. I spent long bike rides dreaming up stories for each and every one of these characters and have read and reread these series more times than I can count. Just thinking about all of these characters makes me want to get all the books out and read all of them! Have a great Wednesday and Thursday and I'll see you guys on Friday!


What are some of you favorite middle grade books? What books did you read when you were younger? Or helped to make you who are you today?