What do Succesful Books Have in Common?

February 03, 2016
When I think of awesome and successful book series a few names come to mind.

For the past few weeks I've been sort of stuck in my writing. That always happens to me after I finish a book that I was particularly pumped about. I invested months into the plot, the world and the characters and I sort of become stuck in my ways so when I start searching for a new idea, for new characters to fall in love with I often jump from story to story only to run out of steam in the first fifteen pages. So it got me thinking: What makes a book so successful? What do all of these books have in common? 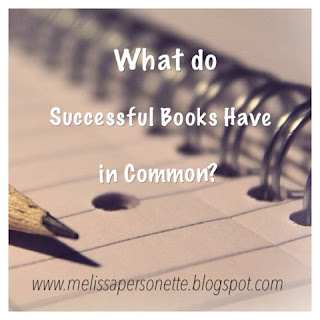 I believe 100% that there's no secret formula to creating an amazing book that everyone loves. I can guarantee that there are people who aren't into the Percy Jackson books or can't stand Twilight. Actually, I couldn't get through The Mortal Instruments or Divergent and I couldn't finish the Eragon series either. That doesn't mean that there aren't dozens of other people who love those books. But how did these books get so popular? Why do so many love them? Is there something that they all have in common or are the writers just doing something right? Well I came up with a list of four things they all have in common:


Those are the things that I see when I look at these books and I plan to apply each of these to my own writing if I haven't already.

What do you think? What makes a good and widely popular book so popular?