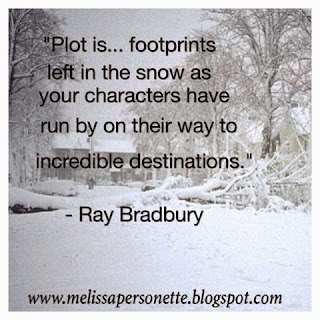 I thought this would be a good quote to go with this post. So, about the lack of a post yesterday I was so tired and have been having a hard time getting to sleep at night.
Plus next week I'll be starting two college classes which isn't that much but its still enough that I'm going to be super busy. Along with helping out a friend and critiquing her work, doing my own writing and revising I'm going to have a lot on my plate. So I've decided to do posts on Monday's, Thursday's, and Friday's. Book reviews will still be on Tuesday's though so I'll make sure to add on Monday's posts if there will be a book review on Tuesday.
Does that sound to complicated? I hope not.
Anyways let's get on with this post already. I've decided to talk about writing a sequel because at the moment I am revising the sequel to my first book and it has its own pros and cons.
By the second book the first book-hopefully-would have set up the story world a little, the characters, and the overall big problem. Your first book may have small problems within the big problem and that's great! But by the sequel you have to come up with more troubles for your character's to deal with and maybe solve. My series is a bit unique because I took a page out of Marissa Meyer's book(s) and decided to add a character in each book so by the last one I'll have four characters in all. All the same rules apply though. Well.. I wouldn't call them rules. More like guidelines.

I'm sorry, I just had to put that in.

As I was saying the same guidelines apply. If your asking what guidelines... rules... whatever is she talking about?!
I'd be glad to answer your question! Here are some things that are usually in all second books:
1. Developing Your Characters:
The first book is like the introduction. I like to think of it as the first few chapters of a super long book. It introduces the character, shows the Storyworld, gives a very big inciting incident. The second book could be either the ending if its simply just a sequel, the first part of the middle if its a four book thing or just the middle in a trilogy.
Anyways, so in the first book you introduce your character. The reader grows attached (overly attached if you do it real well), gets to know her, gets to see her squirm in some bad situations, and hopefully by the end they're like, "What? I need more! I need more of these characters! This can't be the end!"
2. Getting to know the Storyworld better:
In my first book I mainly focused on the three kingdoms as a whole. I let the readers get to know the big places that the characters will spend the most time in. But then I also zoom in. I showed them what the one kingdom, Luz, was like. What the castle was like, how the royals are, a little bit of castle life. I also introduced the religion that everyone believes in and the turmoil between the kingdoms. In the sequel I want to try and flesh out the world more. I want to show my readers the criminal side of the world. What the criminals use to communicate, where they hang out, their inner workings. I also focus on another kingdom, Erdiko, and what goes on over there. By the fourth and final book the whole world will be real by then.
3. The Big Problem:
As I was saying there's the big problem. There would be a super villain still on the loose trying to take over the world, or two kingdoms still teetering on the brink of war (maybe the kingdoms have started war by the sequel). Either way there's a big picture. A big problem with little troubles along the way. My book ended with a tiny bit of a cliffhanger, there were a few loose ends that I need to tie up eventually. Maybe in the second book... maybe not. All depends on if I'm feeling particularly evil that day. You need to be able to smoothly transition your reader from the ending where the villain escapes or the kingdoms start war to the next step, the next stage in the story.

Those three things will help to construct an effective and dynamic plot and sequel and I hope they help you with any of your latest projects.

What do you think makes a good sequel? Do you think of them as rules or guidelines that you do or don't have to follow?