For the next few weeks I'll be doing posts on different genres and I've decided to start with high fantasy because I wrote a trilogy that I would consider a little high fantasy. 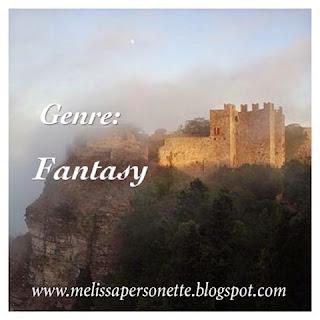 Those four are the most widely known fantasy series. Now writing for writing high fantasy there are usually some different things that you need to do then if you were writing, say, YA romance. There may be magic and if there is it would be a good idea to make some rules for that magic. For Harry Potter having a wand helps channel his magic and in that series they use spell words to use magic. What can your magic wielding characters do? What can they not do? Are there things or people that can prohibit their magic?

In some high fantasy novels there are magical being. Like talking beavers in Narnia. I would definitely consider them a bit magical. Or elves and Orcs in The Lord of the Rings. The Harry Potter series has pretty much any magical being out there. Along with a few made up ones that I love. But what about your magical beasts and beings? What do they look like? How do they act? What's their races' history? Where they live and what do they eat? Do they have enemies? If so why do they have enemies?

Now history is the hardest for me because I even have some trouble figuring out my world's history! Especially when it comes to what event happened in this year, who was ruling that year or the war ended at this time. For some reason I always have trouble keeping track of that but the best thing to do is to make a calendar. Even get a calendar or list out the years and the important events. If your people are at war why did are they fighting? Who are they fighting and why? How long ago did it happen?
In most genres an author has to do a lot of worldbuilding to figure out where the character is living, what the character will be coming into contact with and the environment. I personally love worldbuilding because it lets you stretch your imagination as far as you want. Some good worldbuilding questions are: what's the weather in my fantasy world? Does my fantasy world have different day and night lengths? Do the seasons come and go the same way as they do in our world? What's the environment? Icy and cold? Warm and sunny? Are there lots of beaches? Forests? Deserts?
So, to sum it all up fantasy usually (but doesn't have to) consist of some sort of magic, intriguing beings, different histories, and cool new environmental places.
That's my understanding of High Fantasy at least.

What do you think? What is High Fantasy to you?