November 19, 2014
So over the past month or so I've come in contact with a lot of complex characters and have questioned what makes a character memorable and complex. What makes you fall in love with a certain character and what makes them so special to you? 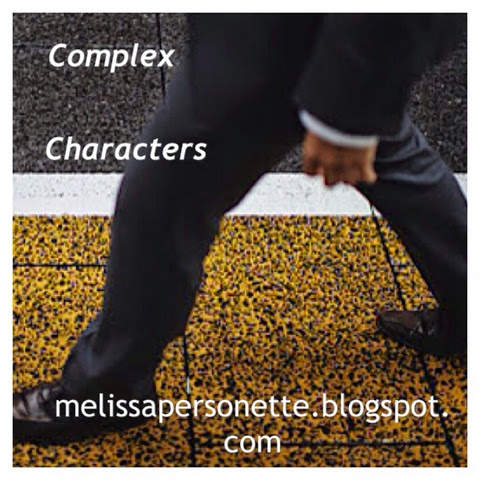 This is what I can up with:

A Little Bit of Both:

In the Vampire Dairies there's a character named Damon and is probably one of the most intriguing and complex characters I've ever seen. He has layers upon layers of depth in him.
One minute he's a total jerk and the next minute he's as sweet as can be. You never know what he'll do next. But never once do you really, actually hate him.
Why?
Because eventually you have sympathy for him... you feel bad because he can't trust anyone and doesn't have any actual friends.
He's one of those characters that is a unique shade of gray. A little bit of bad and a little bit of good.
And I think that's just one way of making a complex character and probably one of the hardest.
You have to blend the good and the bad, the sympathy and hate just perfectly to make sure that your readers stay in love with that character no matter what he does.

Yes, I know it's cliche. Or it can be if you don't do it right. This is another hard one to figure out but when done right this can become a very powerful tool of creating a complex, interesting character. One that comes to mind the most is Adelina Amouteru from The Young Elites.
Her father was awful, abusive, and just plain mean to her when her mother died and she became marked. Marie Lu's flashbacks are woven in so well into the book that it deepened her character. At the beginning      Adelina is just some girl about to die because she's different.
That can be boring to read if that's all there is to the character. But luckily Marie Lu is smarter than that. The flashbacks of her father trying to draw out Adelina's dark power makes you sympathetic to her and shows more of her upbringing and how she turned out the way she did.
And the twist at the end? Brilliant and deepens the character so much.


The Sympathy and Empathy Factor:

Sympathy and Empathy is another way of making readers remember your character in a big way and helps deepen your imaginary cast of people.
Probably my favorite character of all time is Rogue from X-Men. I am a huge X-Men fan and I have questioned why I love Rogue so much for a very long time. Honestly I'm not sure I have the answer yet but this is probably one of the best reasons why she sticks out to me so much.
First of all she's got the tragic backstory like I talked about above.
And second you just can't help but feel bad for her. When she kissed a boy for the first time he went into a coma because of her touch, and her mother wins the Worst Mom of All Time award being a killer and all around not nice person.
That's not even the worst part. Rogue can't touch anyone or she'll suck all of their life force out of them. If she wanted she could kill a person with a touch and that's not so great for romantic relationships.
You feel so deeply awful for her because she can't touch or really ever be close to a person and that's one of the reasons why I love her so much. Because I feel so deeply sympathetic for her.

And those are just a few things that can  deepen a character and keep them fresh in a reader's mind.

I hope this helps. Happy writing!