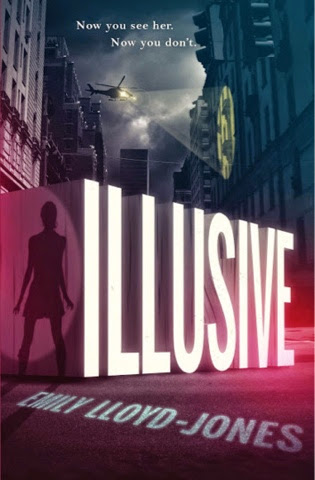 When the MK virus swept across the planet, a vaccine was created to stop the epidemic, but it came with some unexpected side effects. A small percentage of the population developed superhero-like powers. Seventeen-year-old Ciere Giba has the handy ability to change her appearance at will. She's what's known as an illusionist...She's also a thief.

After a robbery goes awry, Ciere must team up with a group of fellow super-powered criminals on another job that most would consider too reckless. The formula for the vaccine that gave them their abilities was supposedly destroyed years ago. But what if it wasn't?

The lines between good and bad, us and them, and freedom and entrapment are blurred as Ciere and the rest of her crew become embroiled in a deadly race against the government that could cost them their lives.
So I finished this book about a week ago and thought it was definitely worth sharing. I found Ciere Giba (the main character) very interesting and I liked reading about an illusionist for a change. Creating illusions doesn't seem to be a very great or powerful power but as I got deeper into the book I realized that it is such a great ability and it must have been fun to write about. I liked how all the characters had a different relationship. Ciere's best friend, Daniel, is sarcastic and obviously the comic relief. He has that rich boy gone rebellious feel to him and that makes him and Ciere an interesting pair. Then there's Ciere's "handler" Kit who I thought was a very intriguing character. He was very hard to pin point when it came to his feelings toward Ciere. But I could tell that they had the father-daughter relationship thing going which I liked a lot. And then there was Magnus. First of all I love that name. I think its so intriguing and I like how it sounds. Anyway I thought Emily Lloyd-Jones does a great job at twisting his telepathic abilities. He can only read a person's mind when he's touching them but he can't turn it off so any contact at all to anyone would make him be able to hear their thoughts. But what really got me was the way Emily Lloyd-Jones flawlessly created that criminal feel. The way she easily switched from flashback to present and explained the group's criminal activities made me visualize the whole thing like a movie full of double-crosses, crazy twists, and a killer break in scene. I won't spoil the ending but I do have to say that it is awesome! She literally had me tearing through pages to see what happened at the end because she made the climax so explosive and huge. The only downside with this book was that she used a few swear words that I did not appreciate. I thought they were unnecessary and not needed but I didn't write the book so what do I know, right? Personally I would recommend this book to ages sixteen years and older because of the few swear words and the first chapter does open up with Ciere having a hangover after a night of partying. Other than that the book is clean.

What do you think of this book?