First of all, please excuse my awful grammar! My grammar checker (A.K.A my mom) was super busy and didn't have time to grammar check it so in advanced I'm sorry for any mistakes.

So I hope that you have seen Frozen by now. It's been a huge hit and so first of all I would like to say that I very much liked the movie. It was great, the animation was incredible and Anna was funny. Plus there was a very hilarious snow man named Olaf. Seriously the movie has some awesome, funny parts. 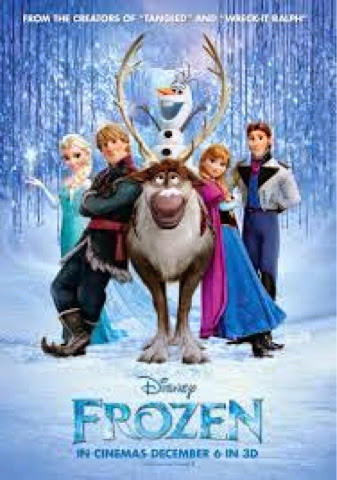 But there are a few things that don't make sense and don't add up. Such as: how did Elsa get her power? Yes she was born with it but is a genetics thing? Is it passed down from generation to generation? And what about poor Anna who sings Do You Want to Build a Snow Man in front of her sister's door. Did Elsa never leave her room? How did she get food? Did the servants know about her power? And what happened to Kristoff's parents?

And I am so sorry but I can't help but compare Frozen to Tangled. They truly did an awesome job on that movie and yet it seems like no one gives it much credit while Frozen is instantly a life long classic.

Has anyone seen the Story of Frozen? I thought it was very interesting. I even watched it three times. But when I went to talk to my mom about it she gave me a different opinion. Yes it was cool to see how personal the movie was to all the people who worked on it but it also made it so that the movie meant so much to the people that it didn't mean so much to some people who watched it. Me included. Sure I thought Let it Go is a super cool song. But that moment when Elsa sang it didn't bring shivers up my arms. And I felt like I didn't know eboght about Elsa to connect emotionally with her in the first place. Anna was good but I feel like they could have made the movie so much better if they had only fleshed the characters out a little more and maybe explained a few things too. What I thought was very well done in the movie was that twist ending... I will say no more in case any of you haven't seen it yet. Kristoff was good too. I liked how Anna and Kristoff started off as friends and slowly became closer to each other.

The Story of Frozen really high lighted how amazing Disney's research group is. They went to Norway and learned the culture. What was cool to me is that they managed to capture Norway in such a great way. Not to mention the animator a were sent out to (I can't remember the exact place) but to a location with lots and lots of snow so that they could see how the snow moved and reacted to certain things. Which then made their animated snow very realistic and beautiful.

So that's really all the thoughts I have on that movie. Don't get me wrong, it was great for a cute and nice Disney movie but I would have liked to see a little more depth. (And this is all coming from a writer who loves and craves character and plot depth.)

Thanks for taking the time to read all this and I hope that you enjoyed the movie for what they made it to be. :):)