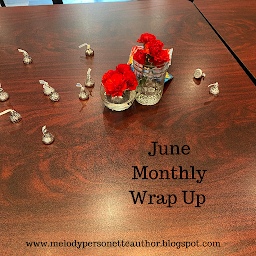 Happy Monday! I know this isn't the usual day I put out posts, but I wanted put out the monthly wrap up before the end of June. I've been pretty absent lately... June was a looong month. There were some hard parts to the month... A lot of discouraging and disheartening aspects. But mostly June was just really busy. I feel like it was go, go, go nonstop. There was always something happening, which I guess is refreshing compared to the start of the year when literally no one left their houses or did anything haha
June Writing: I finished draft one of Emerald Phantom!!I am seriously so happy about that, it felt like a victory writing the end on that book. The ending turned out even better than I could have hoped and I've already started revising it. I also spent an entire day editing and revising and going over Golden Touch. This series has a lot of historical stuff. One character is from the 1860's, another is from the 1520's and their all from different cultures, so I wanted to make sure I got my facts right and everything lined up and made sense. I fixed inconsistencies and sorted out character backstories and brainstormed the plot for the entire series. It was a very productive and rewarding day.
I also decided to completely rewrite St. Croix Falls 3 from scratch because apparently I love to make life hard for myself haha So, I started on that. It's slow going, but that's Okay. I'm giving myself some grace and wiggle room with this draft. Unfortunately though, the rewrite means it won't get published in July. It'll come out some time in the Fall.
June Reading: The only book I've read this month is Rook Di Goo by Jenni Sauer. 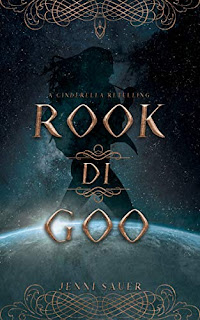 I'm about half way through it and am loving it! You can tell she put so much of her heart and soul into this book and these characters. I love El and relate to her maybe a little too much? And Ginger is just the absolute sweetest! Not to mention the book is a very imaginative NA sci-fi Cinderella retelling. I've been in the mood for a good sci-fi book, so this came at the perfect time.
June Life Stuff: Like I said, I feel like a lot happened in June. I don't think I've announced it on here, but we're moving! We're moving about 10 minutes away from the house we live in now, but into a bigger home that will better fit our family. There have been some ups and downs with all that this month. I'm one part excited and happy to move into a house that will let everyone have their own space and has more upsides than it does downsides, but I'm also one part sad because we're moving out of the home we've lived in for ten years. I've lived in this house since I was thirteen, we have some really close friends in the neighborhood that live like down the street from us, so it'll be hard to move away from them even if it is only ten minutes away. Throughout this month I've slowly been packing little bits here and there. I packed a lot of the clothes I don't wear every day and some of my closet and a few things around my room that I don't use or need every day.
While we were sorting out the details of the new house and I've been slowly packing and finishing up the Summer semester of classes, I also had to figure out my bridesmaids dress for a wedding I'm a part of in August. There was getting the dress and then the fittings and all that good stuff.
Other than all that, I guess I've just had a lot on my mind this month. But yeah, I think that's about it for June.
Looking Forward to July: There are lots of things to look forward to this July. We close on the house July 7th, so next week! The Fourth of July is this weekend and the day before that, July 3rd is my brother and dad's birthday. We'll be slowly moving into the house for the entirety of the month, going back and forth. I think we'll be officially 100% moved in by the last week of July, first week of August depending on how quickly the flooring and paint gets done.
I'm pretty sure there are some good movies and shows coming out this month too. Cursed, a King Arthur retelling is coming to Netflix

and! The Kissing Booth 2 is coming to Netflix as well! I had no idea they were making a sequel, I guess they kept it super under-wraps, but I am so just so excited. 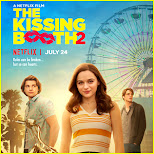 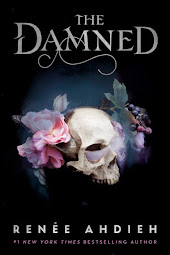 But yeah... I think that's about it. It'll definitely be an interesting month. Stay tuned for my post on Wednesday in which I'll be talking about some changes to the blog that are coming up. :)

How was your June? Are you looking forward to anything in particular in July??

January 23, 2019
So I know I've already talked about this many times on here, but since I was kind of out of ideas on what to write for this blog, I thought this was worth sharing on here. On Instagram the other day I posted about following your dreams. Over Christmas... well it was a few weeks after Christmas, but same difference ;) my best friend and I exchanged gifts and he got me something really sweet. A dreamcatcher necklace with three Tangled pins on it and explained how it was a reminder to follow my dreams since he knows that I want to get traditionally published this year, or at least try to. I actually hadn't really thought of what I'm doing as following my dreams, but its true. The one dream I've had since I can remember was to be a published author. Through self-publication I have been, but one of my other big dreams is to be traditionally published. But because I am so goal oriented, I've only thought of it as a goal to achieve, something to check off a list for
Post a Comment
Read more